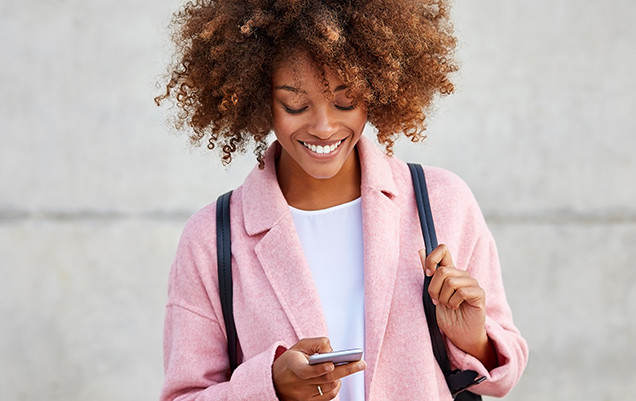 How: The retailer created an A/B comparison campaign consisting of 2 three-day promotions. Both promotions were scheduled to run Thursday through Saturday. Promotion 1 ran in early-May and promotion 2 ran 6 weeks later in mid-June. The retailer’s SMS marketing list contained approximately 450,000 subscribers.

Using CodeBroker’s single-use coupons, the retailer elected to deliver a generous offer of 10% off an entire basket, both sale and regular-priced merchandise. Single-use coupons ensured that each consumer could only redeem an offer once. To facilitate speedy checkout, all coupons contained a unique barcode and corresponding number that the sales associate would scan at the point-of-sale. The offer was good for in-store purchases only. 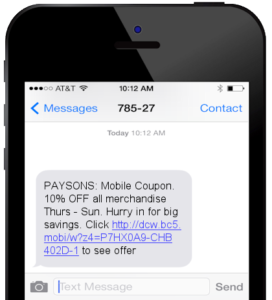 Omnichannel Promotion: In lieu of the initial promotion text message, customers received an email message on the Tuesday before the campaign started announcing the three-day promotion. Because email is supported on both the desktop and mobile device, the customer had the option of which channel to view the offer. If the email coupon was viewed on the desktop, the customer was able to print the coupon. If viewed on a mobile device, the customer clicked-thru to view a mobile web coupon. On Friday – the second day of the 3-day promotion – the retailer delivered promotional text message to the customers who had not yet redeemed the coupon reminding them that they had one day left to use the mobile coupon.

Customers who had iOS mobile devices had the option of saving the mobile coupon to Passbook. 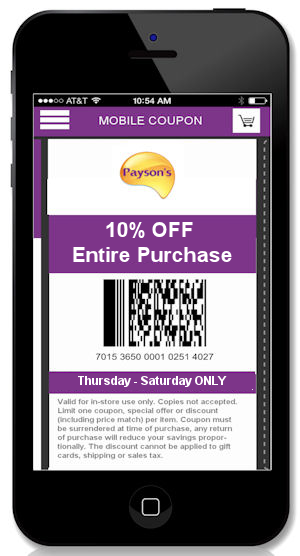 SMS-only Promotion: The retailer realized a 5.5% redemption rate (a little less than 25,000 redemptions). The SMS-only promotion brought in incremental revenue of approximately $1,000,000.

The retailer continues to realize outstanding redemption rates mirroring the omnichannel promotion framework previously outlined. Based on the A/B campaign results, the retailer discovered that exceptional revenue results can be realized when text message marketing promotions are layered with additional channels and coupled with reminder messages.

Click on the following links to learn about other mobile promotions:

Complete the form to request your demo and we’ll contact you shortly.